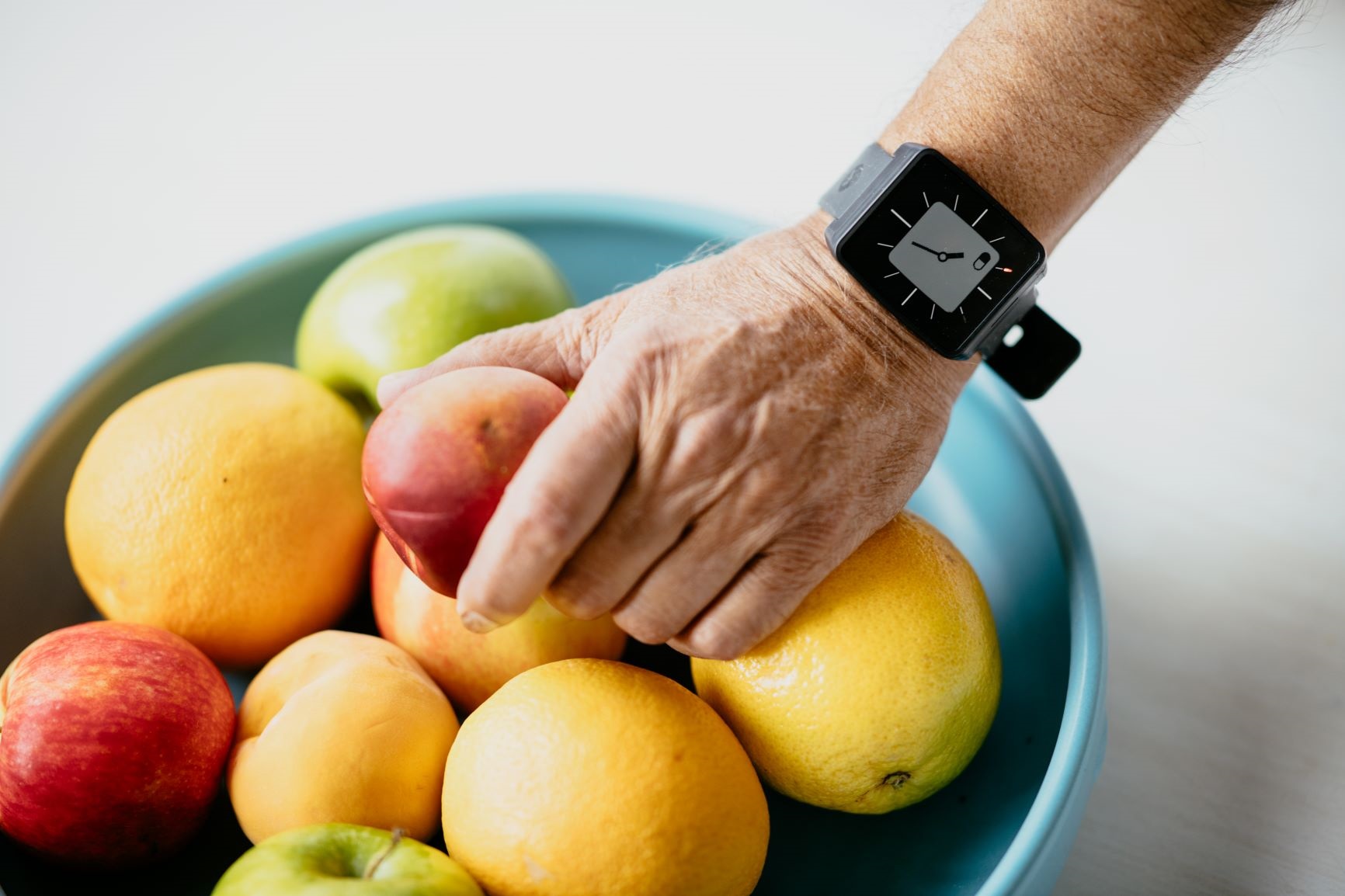 Patients with Parkinson’s disease are being given life-changing smart watches that allow doctors to remotely assess their condition in a pioneering project to revolutionise NHS care.

The cutting-edge gadget containing sensors, known as a Parkinson’s Kinetigraph (PKG), is worn around the clock for six days to monitor patients’ movements at home.

The information it collects is relayed to doctors who can look for signs that their medicines need changing, improving quality of life, or that make other interventions such as physiotherapy that can stop the condition getting worse.

The device also buzzes to remind patients to take medication, which they can confirm with a swipe.

Hundreds of patients have already been issued with the watch in the scheme which could be rolled out across the country to the around 120,000 people who have Parkinson’s.

NHS chief executive Amanda Pritchard said: “Parkinson’s is an incurable illness that has a significant impact on peoples’ lives and this small watch will dramatically improve their quality of life – providing a thorough review of their health and ensuring they get the care they need from the comfort of their own homes.

“Not only is it better for these people living with Parkinson’s, but it is also more efficient for the NHS – freeing up space and time in hospitals for our hard-working staff.

“The cutting edge device is the latest in a long line of world-leading innovations that the NHS is bringing to the frontline as part of our NHS Long Term Plan commitment to use the most advanced technology possible for our patients.”

Doctors can check how their patients are over the course of a week and spot any possible issues, such as excessive movement, immobility and even sleep disturbance.

As part of this innovative NHS care, patients are also given a phone number and email to contact directly for support, and their clinician will then see the patient within 10 days – with around four in five of these appointments taking place over video call.

This modern approach to treating Parkinson’s patients from the comfort of their homes was developed at University Hospitals Plymouth NHS Trust, together with the University of Plymouth.

Currently patients are still required to fill out ‘pen and paper’ questionnaires for their doctors, such as to explain possible causes of night-time disturbances that cannot be accounted for by the watch.

An NHS funding boost of half a million pounds is now set to integrate this – as well as all their data and the ability to contact their clinician – into the patient’s electronic records over the next year.

On average, two people are diagnosed with Parkinson’s in England every single hour per day. Parkinson’s UK estimates with population growth and ageing, this is likely to increase by a fifth by 2030. 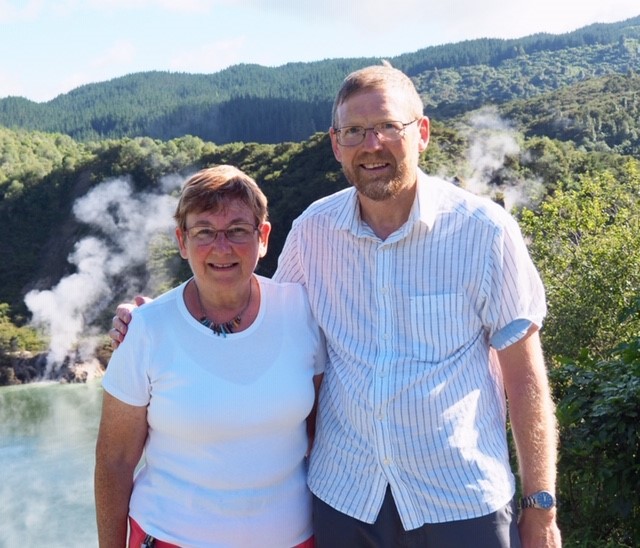 John Whipps was diagnosed with Parkinson’s in 2007 and he was assessed every six to 24 months by a consultant, who watched the way in which he performed some simple exercises during a short appointment on the day.

John said: “While tremors, stiffness and slow movements are recognised parts of the condition, the earlier, more impactful symptoms are things like fatigue, depression, joint pain and insomnia. One lost night’s sleep knocks you out for days afterwards, there’s no wiggle room. It’s really hard going.

“The problem is that Parkinson’s changes from day to day, and even throughout each day. Under the traditional system, you have to remember all your concerns and symptoms between visits, ensure you can attend the appointment, have the stress of getting to hospital on time, and then remember to tell your consultant how you are.

“Then in 2018, I was one of many people with Parkinson’s who took part in workshops to help co-design a new home-based care model, alongside the NHS and University of Plymouth. The result, which really listened to our voices rather than guessing what we need, was a useful pack to help us manage independently, and training to utilise it.

“The new home-based care included being sent a watch-like movement sensor every six months – a Parkinson’s Kinetigraph – as well as questionnaires to cover non-motor symptoms. The PKG is a fabulous example of getting real-time info, and it sends the data straight to your clinical team.

“It really gives you confidence as you know it gives accurate recordings, and you don’t need to rely so much on your own perception. As the non-motor symptoms begin to be recorded digitally they will also help doctors track those and inform the health care team.” 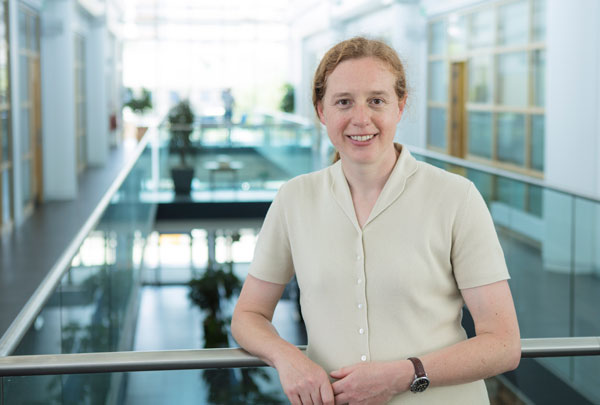 The project around wearable devices for home-based monitoring of patients with Parkinson's is led by Dr Camille Carroll, an associate professor in Neurology at the University of Plymouth and an Honorary Consultant Neurologist at University Hospitals Plymouth NHS Trust.

Dr Carroll said: “We have worked directly with Parkinson’s patients to develop the best care possible, including the use of life-changing monitors, known as the Parkinson's Kinetigraph, which can be worn by patients around the clock to monitor their symptoms.

“This helps to provide reassurance for patients and also means that NHS staff can provide a comprehensive six-monthly review, while also allowing hard-working staff to free up clinical capacity for those who need face-to-face appointments.”

The project is one of 40 that has just been backed by NHS Transformation’s Digital Health Partnership Award.

NHS England’s director of transformation, Dr Tim Ferris, said: “Thanks to NHS funding the work that was started by the team at Plymouth is now being taken to a new level of digital integration so that clinicians throughout the country caring for people with Parkinson’s can monitor their patient's symptoms from their desktop without requiring them  to fill in diaries and attend multiple outpatient's appointments.

“This ground-breaking project is just one of 40 that the NHS are backing through the Digital Health Partnership Award which supports collaboration with patient groups in order to develop innovative new technology-based approaches to caring for patients and is a testament to the commitment of staff across the country to deliver our Long Term Plan commitment and roll out cutting-edge technology as quickly as possible.”