Staff at University Hospitals Plymouth NHS Trust have managed to donate £2,067 towards immunising expectant mothers and young children against tetanus.

As part of this year’s flu campaign, the Trust took part in the UNICEF initiative to ‘Get a jab, give a jab’, which encourages staff to take up the option of the free flu vaccine and, in turn, help donate towards inoculating people in developing countries.

The amount of staff who received their jab this year has provided a donation of 24,300 tetanus inoculations, against a disease that kills around 34,000 newborns each year and damages the health of many more worldwide. 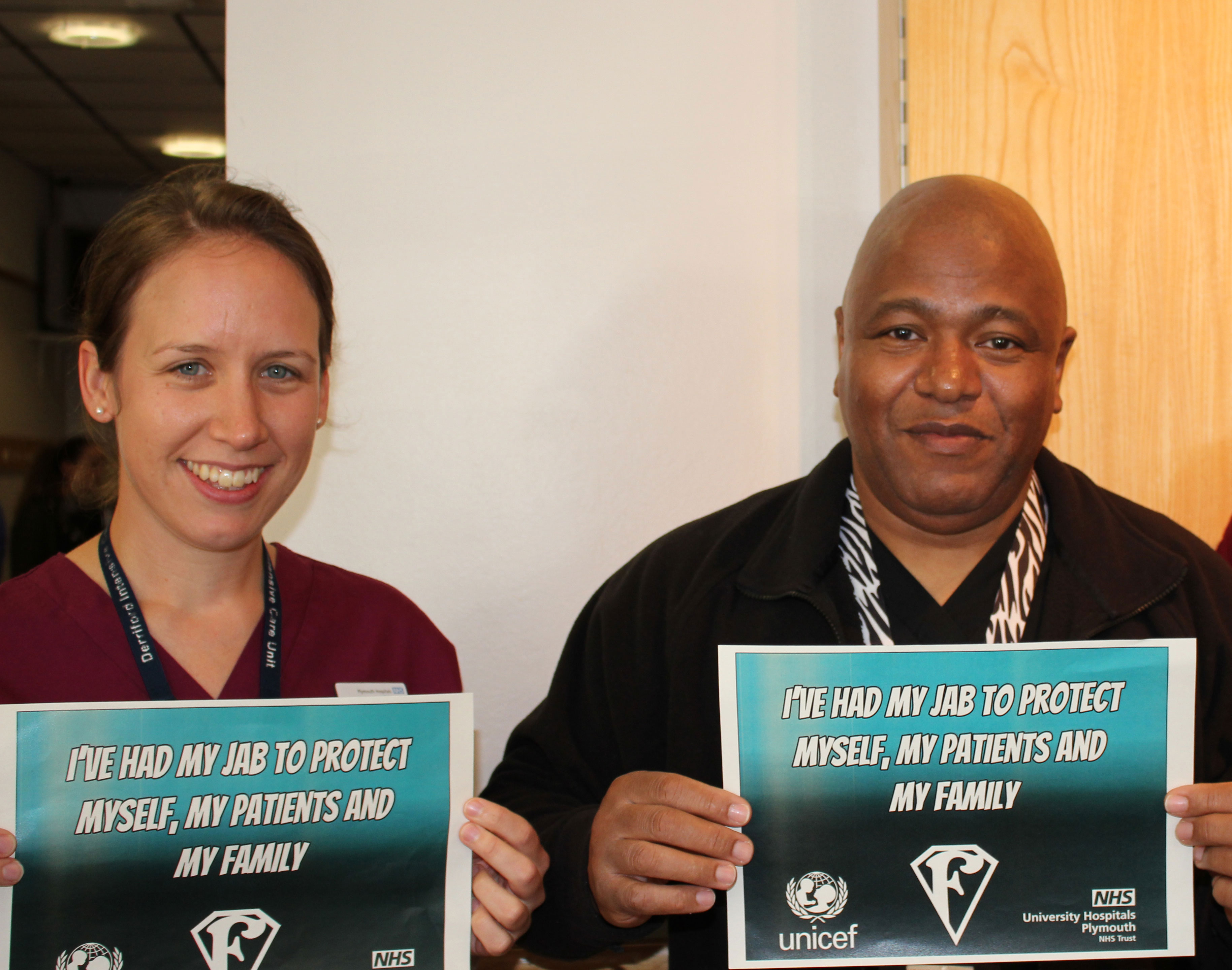 A spokesperson for Unicef said: “Our sincerest thanks to everyone at the Trust who took part in the Get a Jab, Give a Jab campaign which helped to raise an incredible £2,067. This donation is a truly remarkable achievement.

“From Yemen to Papua New Guinea, we’re helping to prevent this disease being contracted, with 46 countries eliminating maternal and neonatal tetanus since 2000. We rely entirely on supporters like you to carry out our important work so thank you so much for choosing to support Unicef’s life-saving work. Together we can build a safer world for children.”

Dr Phil Hughes, Medical Director, at University Hospitals Plymouth NHS Trust, was also pleased with the additional impact the scheme, funded by income the Trust receives for the flu campaign, has had. “We are delighted with the increased numbers of staff who took up the option of their flu vaccine this year”, he said.

“Over a thousand more members of staff received the vaccination which, in turn, resulted in the fantastic contribution to help combat tetanus in developing countries. We are very pleased that our flu campaign has gone beyond making a difference at a local level here in the Trust. I’d like to thank the near 5,000 of our staff who responded and received their vaccination this year proving they are prepared to protect themselves, their families and, most importantly our patients during the winter months.

“We have a big team of vaccinators and trainers who do such a fantastic job in making themselves available to offer the jab to our staff. They are from a variety of professions across the Trust, and I would like to thank them all for their efforts.”