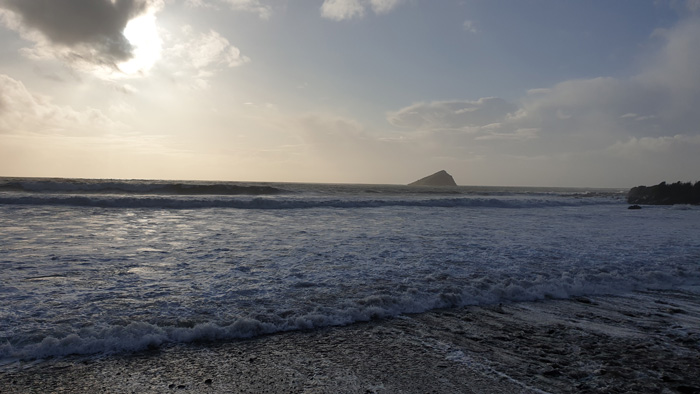 Hundreds of brave swimmers will take to the waves at Wembury beach on 01 January 2020 to raise money for Plymouth Hospitals Charity. 85-year-old Terry Clarke, from Wembury, is a passionate fundraiser who organises the fancy dress swim every year.

This year, the former clinical nurse tutor at Derriford, has decided to raise money for the tiniest of babies in the Neonatal Intensive Care Unit (NICU).

Starting over 10 years ago, Terry took the first big plunge on New Year’s Day on his own. As it has grown, the annual event now attracts over 2000 spectators.

Terry said: “I take a lot of pleasure from seeing everyone’s smiles and hearing the laughter and shrieks on the day, not to mention the satisfaction from knowing that the money raised is going somewhere where there is a real need.”

NICU looks after very ill new born babies and their parents. Terry heard about the charity whilst at the hospital for an appointment.

“Charitable donations from events like these go a long way to making a big difference. NICU will spend the money on small bits of equipment and a hardship fund for parents who find themselves in unexpected circumstances, coping with a very poorly baby and potentially miles away from home.

“We’re extremely grateful to Terry and that he’s chosen to support the tiniest babies receiving the best of care this year.”

All donations are welcome on the day, with the fancy dress competition starting at 13:00 and the ‘big plunge’ at 14:00.