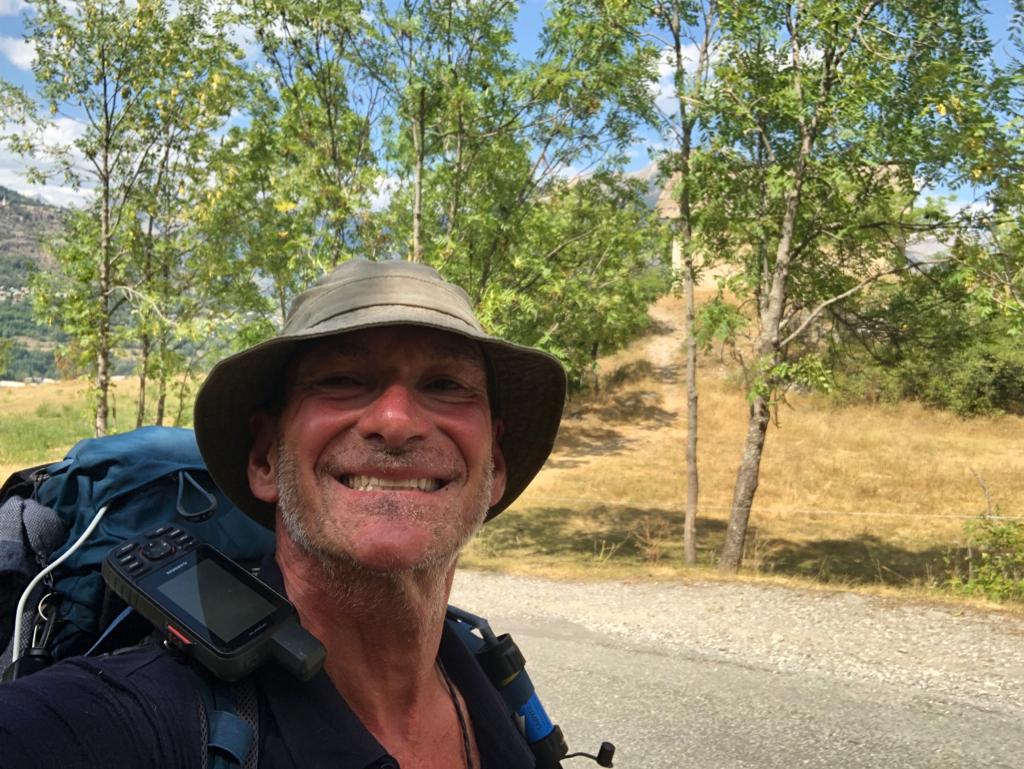 Miloš Stankovic, who works at University Hospitals Plymouth NHS Trust (UHP), is taking on a 725km solo hike through the Grande Traversée des Alpes to raise money for Veterans Aid.

A veteran himself, Miloš served over 20 years in the 1st Battalion Parachute Regiment of the British Army before retiring as a Major. However, at the end of 2020 he joined UHP as part of the mass vaccination team, providing vital help during the COVID-19 pandemic. Now Miloš has taken on a new challenge, the GR5, otherwise known as the great hike.

Tabbing is a term that comes from the Parachute Regiment word TAB, which stands for ‘tactical advance to battle’. Over recent years it has become more generally associated with any load carrying over distance. Miloš will be carrying 11kg in his backpack during his journey as he takes on 130,000 feet of ascent and descent all to raise money for the Veterans Aid charity, who are celebrating their 90th anniversary this year.

The trek, which started on 8 August 2022, will see Miloš traverse hundreds of kilometres over multiple days as he travels down from Lac Léman to the Mediterranean. Although this isn’t Miloš’ first time navigating the route, he has taken the challenge further this year by travelling solo and aiming to beat his previous best time of 17 days, 20 hours and 50 minutes set in 2019.

Miloš, who now works as a senior healthcare assistant at UHP, said: “Homelessness and crisis among Britain’s veteran community are nothing new. Much of the nation’s navy and army was laid off at the end of the Napoleonic wars.  Within ten years homelessness and destitution in this community were so acute that the government’s solution then was to pass the Vagrancy Act of 1824 making it illegal to sleep rough or beg in England and Wales.

“Over a hundred years later the problem remained largely unresolved.  The Veterans Aid charity was founded in 1932 to address exactly the same problem. Astonishingly, nearly 200 years after the Vagrancy Act was passed, the problem still persists well into the 21st century.

“This year Veterans Aid celebrates its 90th anniversary and continues to provide immediate assistance to homeless veterans in crisis.  As a veteran I consider myself fortunate to have a roof over my head and have my basic security and safety needs met. Others I have served with in Northern Ireland, the Persian Gulf and the Balkans are not so fortunate. They deserve our help. Veterans Aid is one way to give it to them.”

If you would like to know more about Miloš’ journey, donate to Veterans Aid or see where he is via live GPS, you can do so on his website, Tabbing4Fun.