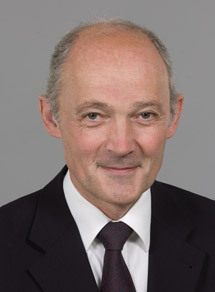 Richard Crompton joined the Trust as a non-executive Chairman in August 2012, after spending more than 30 years in the police.

Richard began his career with the Metropolitan Police but spent the majority of his time as a police officer in Devon and Cornwall, where he served at various ranks in Plymouth, Torbay and Exeter. He moved to Cumbria as Assistant Chief Constable and then to Lincolnshire where he was Deputy Chief and then Chief Constable.

Partnership working has been a constant theme throughout his career and he has been involved in numerous projects with Health Service organisations aimed at improving services, particularly for the most vulnerable.