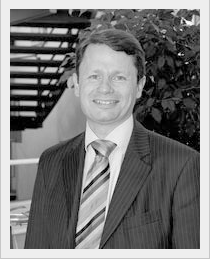 General information:
Dr Steel graduated from Guy’s Hospital Medical School in London University in 1990. He worked in various London hospitals, culminating in a Royal London Hospital Medical rotation job, which led to MRCP shortly before joining the Peninsula Radiology Training Scheme in 1995. In 2000 he became a breast and general radiologist, with an interest in evidence based medicine, which logically led to a full-time career in Breast Radiology, becoming Director of the screening unit in 2005 until 2017 and QA Breast Radiologist for the South West region (within the NHS Breast Screening Programme) in 2009 until 2015. He is currently involved in various national groups quality assuring the breast screening programme, and has an interest in the use of data to help doctors perform better and continuously improve