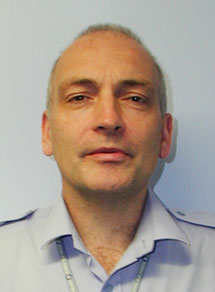 Wing Commander Robin Berry graduated from Southampton University in 1981 with a degree in Biology. He gained a PhD working at the Tenovus Institute for Cancer Research, before joining the Cancer Research Campaign as a Research Fellow in 1985.

He graduated from Nottingham University Medical School in 1992, having joined the Royal Air Force as a Medical Cadet. Post Graduate training was undertaken in the East Midlands and the south west, with an elective year in Christchurch, New Zealand.

A Consultant Anaesthetist since 2004, he has completed advanced training in Intensive Care Medicine and works as part of the Critical Care Team.

A serving officer with the Royal Air Force, his military duties include aeromedical evacuation of the critically ill and field hospital Intensive Care.