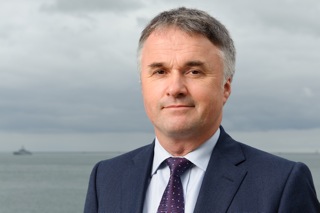 Huw qualified from St. George’s Hospital, London, in 1982, with his surgical training taking place in Bristol, London and Cardiff.

He was awarded the FRCS (England) in 1987 and was one of the first trainees to gain the specialist fellowship in Orthopaedic and Trauma Surgery (1993).

Following international fellowships in Switzerland and Australia, Huw was appointed consultant in Orthopaedic and Trauma surgery to Plymouth Hospitals in 1994.

Huw is a recognised specialist in his field, and is particularly experienced in arthroscopic ("keyhole") and advanced reconstructive techniques. He introduced arthroscopic shoulder, elbow and wrist surgery to Plymouth and has organised and taught on arthroscopic courses both locally and nationally. He has also taught on national trauma courses.

In addition to a specialist service in Plymouth, Huw provides general orthopaedic advice and treatment through his regular outlying clinics in Kingsbridge, Newton Abbot and Launceston.

Huw has held many roles within the orthopaedic department and is currently the lead for the integration of primary and secondary musculoskeletal services. He is a member of both the Medical Executive Committee (Derriford Hospital) and the Medical Advisory Committee (Nuffield Hospital). Huw is an Educational Supervisor, Academic Tutor, mentor and Honorary Senior Lecturer to the Peninsular Medical School.  Remaining active in both teaching and research, Huw has been published widely in the areas of shoulder, knee and elbow surgery.

Huw is a Fellow of the Royal College of Surgeons of England and the British Orthopaedic Association; a member of the British Elbow and Shoulder Society and British Medical Association: an A.O. Alumni and is registered with the General Medical Council.