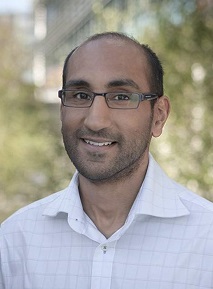 Consultant and Honorary Lecturer in Hepatology

Ashwin completed his undergraduate training at the University of Edinburgh in 2003. He then worked in the South of England and London as a senior house officer including a year as a teaching fellow at St George’s University of London before moving to the South West for specialty training.

He was awarded a PhD in immune mechanisms of inflammatory liver and gut disease from University of Bristol in 2014. He then relocated to Plymouth in 2014 as an NIHR Clinical Lecturer in Hepatology and completed his specialist training in gastroenterology and hepatology (including subspecialty hepatology training in King’s Liver Unit, London) while developing himself as an independent researcher within the University of Plymouth.

His research interests include immune function in alcohol-related liver disease, biomarkers in alcoholic hepatitis and treatment of alcohol dependence.