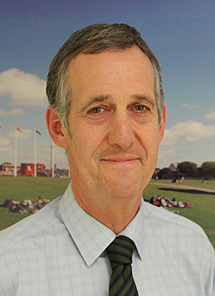 Professor Freeman has been a Consultant Gynaecologist at Plymouth Hospitals NHS Trust since 1988, having been an SR for three years before that both here and at Bristol.  He trained in Dundee and qualified in 1977.

Professor Freeman set up a Urogynaecology Clinical and Research Unit in the early nineties which has resulted in a good clinical service for patients with bladder problems such as urinary incontinence and prolapse and bowel dysfunction for which patients are seen in conjunction with Colorectal Surgeon Chris Oppong.  The team works closely with other disciplines including Urology, Continence Advisors and Physiotherapy.

On the research front the team have produced numerous papers, presented at International Meetings and won prizes for the best Research Fellows paper on four occasions, three members of the team have been awarded MD Degrees through Plymouth University.  Our Urogynae Sister is currently doing the final editing of her MPhil thesis which hopefully will be submitted soon.

The team have received several grants for research projects the  most recent being in collaboration with the Aberdeen Health Services Research Unit for a trial of prolapse surgery.  This has been granted by the Health Technology Assessment for £2.6million.

Professor Freeman is also Chairman of the British Society of Urogynaecology which he helped establish eight years ago, initially the Secretary for the Society Professor Freeman has been Chairman for the last three years.  This Society works very closely with the Royal College of Obstetricians and Gynaecologists and helps to set and raise standards in the management of patients with urogynaecological disorders such as incontinence, prolapse and bowel dysfunction.