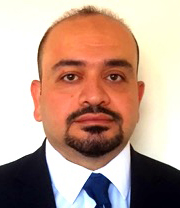 After working for a few years in North Africa, Dr Muhsen came over to the UK/Ireland in 2001 to further his medical training. He commenced his Paediatric and Neonatal training in Northern Ireland,  but rotated through Norwich and Cambridge for specialised training in Neonatal Medicine and Neonatal Transport. He completed his training as Neonatologist in September 2016. Additionally, he did post – specialisation fellowships in the UK and at Hospital for Sick Children (Sickkids), Toronto, Canada to further advance the already gained skills in neonatal haemodynamic assessment/management and neonatal/paediatric transport medicine.

He joined the consultant team in Derriford Hospital as a Neonatologist in May 2018.