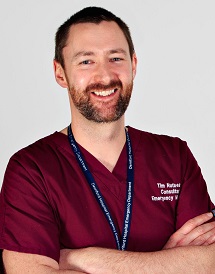 He has an honorary Professor role at the University of Plymouth where his MSc programme runs (Prehospital Critical Care).

Tim was one of the original creators of the Sepsis Six and the ‘Red Flag Sepsis’ both are endorsed and recommended by the UK Royal Colleges and by NHS England, and by NICE in the Guideline on Sepsis published in 2016 (NG51).

He has had a number of successful national-level grant applications (both NIHR and Royal Colleges) including support to explore the utility of the sepsis six and the role of oxygen in the early management of Sepsis. Tim has been coordinating SARA – a national registry for patients with sepsis and severe infection.

Tim had a clinical academic role at the University of Plymouth. His research interests include pain, prehospital care, extrication and sepsis.