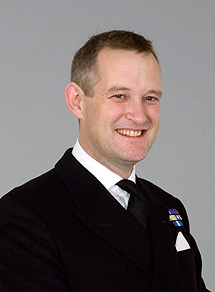 Professor Rickard conducted his undergraduate training in Belfast, joining the Royal Navy in 1989 as a Medical Cadet. After general duties in the surface fleet, he conducted his postgraduate clinical training in a variety of hospitals in the UK and abroad. Specialist training in Reconstructive Plastic Surgery was conducted in Bristol, at the Canniesburn Plastic Surgery Unit in Glasgow, and at Groote Schuur Hospital in Cape Town, South Africa. He carried out his doctorate in Cape Town and in Glasgow and was awarded his PhD in 2010. As a serving medical officer, he has broad operational experience both in clinical delivery and leadership roles.

Professor Rickard was appointed as an Honorary Consultant Plastic Surgeon at Derriford Hospital in 2008 and as the joint Ministry of Defence / Royal College of Surgeons Professor of Military Surgery in 2014.

Areas of expertise:
His clinical interests include the management of soft tissue sarcoma, burns and trauma reconstruction. He also provides a general plastic surgery service. His research interests include the physiological response to trauma, ischaemia reperfusion injury, and the design of deployed medical systems.