Molly is a six year old from Plymouth with an extraordinary story. Molly, or ‘Mo’ to her family is very a happy, almost seven year old who has been through more in six short years than most people go through in a lifetime. Now her Dad, Giles, is taking on England’s longest zip-wire over the Eden Project to raise money for Derriford Children’s Wards to say thank you for the care they provided.

For the first few months of her life, Molly suffered from suspected colds and respiratory infections almost constantly. Her mum, Vicky, who is a nurse, felt sure something wasn’t right when she noticed that Molly’s snoring sounded abnormal and Molly was not gaining weight as she should. Molly’s snoring was later found to be a stridor – noisy breathing which occurs due to an obstructed airway. Molly’s parents were told ‘that’s not right, that’s not just a cold’. 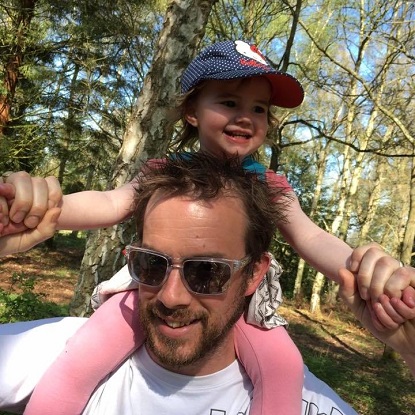 Molly was referred to Derriford Hospital for investigations. After two weeks in hospital, Molly was sent for an MRI scan where it was discovered she had an unusual internal hemangioma in her neck which had wrapped around her vital airways.

Molly’s Dad, Giles, recalls: “They were clearly surprised and very worried - so much so they refused to wake her up from her sedation they had given her for her MRI. The most lovely doctor came in from a family barbeque in his flip flops to explain that she was being blue lighted up to Bristol immediately.”

This was the start of the families’ journey in Bristol where Molly started undergoing treatment. “This experience changed my feelings about the NHS forever,” said Giles. “We were introduced to ‘eyes on care' which is exactly that. Molly always had a nurse watching her, it was incredible.

“We had some really heart-breaking times in that ward. My wife was convinced Molly wouldn’t make it so I was focused on trying to console her and fell into this routine of trying to get through each day, then through each week. All the while as you can imagine there were families around us who simply weren’t as lucky as we were. The children’s oncology ward was really a very difficult place to be but the staff are just superheroes. Molly went through treatment which zapped her immune system. We think it’s just starting to come back now.”

After two weeks in Bristol Paediatric Intensive Care and another week on the Bristol children’s oncology ward Molly was then discharged back to Derriford’s Wildgoose Ward and whilst the family was relieved to be back in Plymouth, this was not the end of the journey. Molly was placed under the care of oncology and then later the Immunology team. Molly spent a lot of time on the children’s wards; some planned visits, some emergency visits and lots of weekend and week-long visits.

“Molly is nearly seven now and has a good last year,” said dad, Giles. She’s been off treatment but remains under regular review. So it’s all looking very positive. She’s a happy, nearly seven year-old school girl who you’d never know has been super poorly – we’re very conscious that we have our wonderful NHS to thank for that.

“We are so incredibly grateful to all those who have helped care for Molly, especially all the nurses and doctors on the Children’s Wards. They are incredibly selfless, dedicated individuals that truly touch the hearts of all those they care for every single day.”

If you would like to support Giles efforts, please visit his fundraising page on the Plymouth Hospitals Charity website: https://bit.ly/PHC-MO 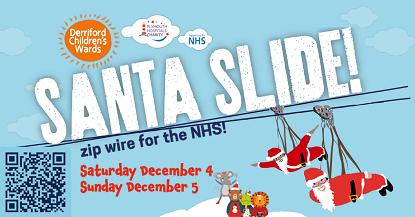